If you are a collector of vintage Japanese cars and seek something different than the garden-variety Datsun 280Z, MotoeXotica Classic Cars may have an answer for you with this 1978 Datsun 280Z that has a power plant from a 1999 R34 Skyline GTS-T. This example was made in May 1978 in Nissan’s Shatai Plan in Hiratsuka, Kanagawa, Japan.

In the world of Japanese performance cars… the Nissan Skyline GTR is the eponymous Godzilla. With its all wheel drive system and RB26DE twin turbo engine producing 276 HP and 260 pounds of torque.

This menacing orange 280Z, has a engine swapped from a 1999 R34 Skyline GTS-T, which in detail is a RB25DET NEO engine producing the same 276HP as the GTR and actually produces 7 foot pounds more of torque than the GTR

So how does the NEO produce just as much horsepower as the GTR? Over the base RB25DET, the NEO has solid lifters, top fed injectors, smaller more efficient head but GTR spec connecting rods to compensate, with model specific pistons for an increased compression ratio of 9.0.1. Interesting enough, the NEO’s focus was to give the R34 Skyline classed as a low emissions vehicle but also managed to earn the highest power figures of all RB25 engines and matched with the GTR’s RB26!

The engine currently is running in stock trim at 7 PSI of boost producing 276HP in a tiny 2400 pound car. The Skyline engine is wired correctly with a Wiring Specialities Pro Wiring Harness that still utilizes the factory Skyline TG ECU.Other upgrades are a large aluminum radiator with electric fan, turbo hard pipes and performance exhaust.

Finished in Monaco Orange Crushed Glass paint with a contrasting black carbon fiber hood and racing pins, the paint and trim are in great condition but there are some blemishes visible upon close inspection. The car’s glass panels are in very good order, except for some arc scars on the windshield from prior wipers. The back window is outfitted with an electric defroster grid and the car’s wiper blades and arms are missing.

Overall, the car’s bodywork is straight and solid. The engine bay is extremely tidy, the battery appears new and black, tubular bumpers fit well to the body and offer a great contrast to the car’s body color. The cargo area is in very good order as well. The undercarriage is pretty clean and tidy as expected for a car from Arizona. The frame rails have been professionally reinforced.

This car rides on BFGoodrich g Force Sport radials, 255/40ZR17 in front and 275/40ZR17 in rear. Each tire surrounds a black, aluminum eight-spoke wheel. The wheels and tires look great and add to the car’s menacing appearance.

Under the forward-hinged hood is a Nissan R34 RB25DET NEO 6 twin-cam, 24-valve turbocharged inline six-cylinder engine instead of the standard L28E engine. Backing this turbo motor is a five-speed manual transmission from a 1999 Skyline and mounted with a McKinny Motorsports RB mount kit and transmission kit. Driver convenience features include power brakes, with discs in front.

Inside, there are grippy, well-bolstered black Corbeau racing bucket seats that are in excellent shape. The matching black carpet looks above average while the headliner is in satisfactory order. Facing the driver is a three-spoke Momo steering wheel that meshes well with the rest of this restomod’s interior but the horn is inoperative. The inner door panels are in good order while the instrument panel, with its full array of gauges, look great. The speedo and tach are factory and are inoperable while the fuel, temperature and boost gauges are from ProComp. The center console is in good shape overall but it does show some cracks. The gearshifter, topped with a white ball, is in good order. Rounding out the interior is a Sony AM/FM stereo with CD player. 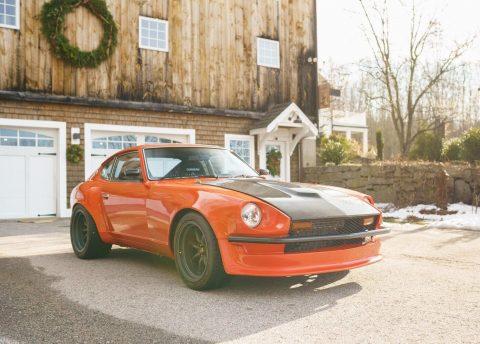 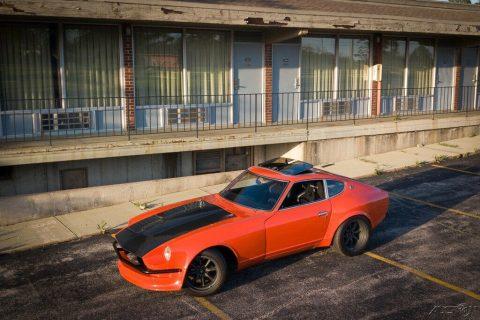 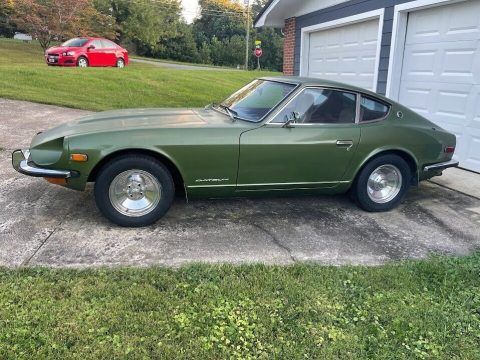 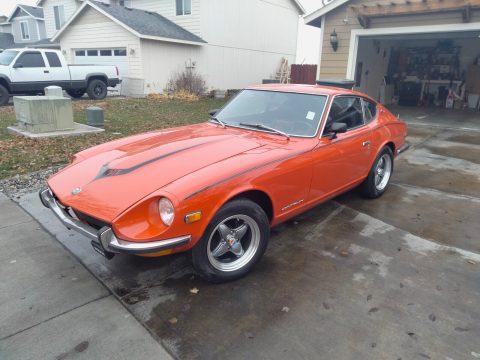 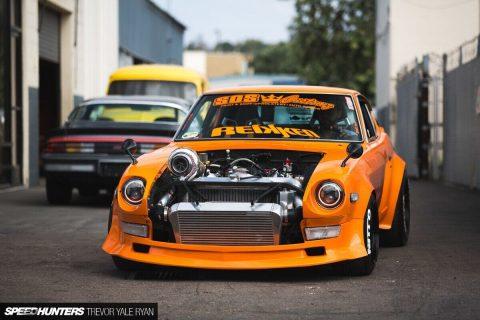